10 & 11. We drove out to Kulogo Church today for the second leadership conference.

12 & 13. Patti shared some of her testimony to start the speaking portion. 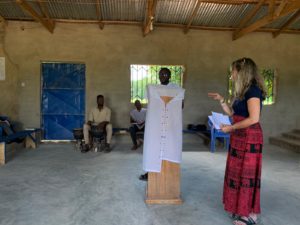 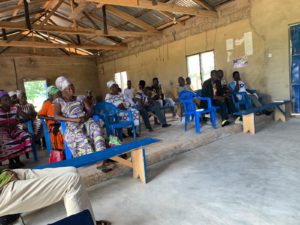 14. Anita followed Patti by sharing her testimony also – very powerful set of testimonies from them both! 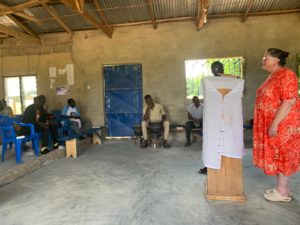 15. The guys shared the same message on leadership – this was a different audience. This church was even more remote. No roads – people walked in arriving up to an hour after we started. 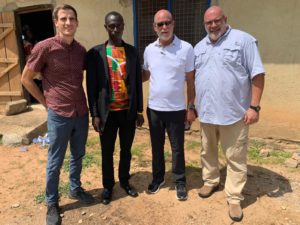 16. This was the church I broke my nose at 11 years ago. [David broke his nose playing soccer with a bunch of students when we were in Ghana in 2011.] This was one of the students who was at the youth conference 11 year ago when I broke it. Douglas! He still attends and helps serve at this church. It was fun to have such a connection with this community.

(There was one other guys there – “Solomon” who was also there and Solomon was actually playing on the game. He wasn’t the one who broke my nose. But I did not get a picture with him unfortunately!)

We did dance some at the church. That was pretty fun. We also sang some American songs. Tyler played the violin. We sang amazing grace. And holy holy holy, and Soon and Very Soon. It was awesome. They were all videoing us

. Then they sang Ghanaian songs for us. 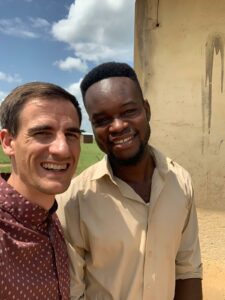 Tomorrow (Sunday) the team is splitting up to go to four separate churches, potentially speaking/preaching at each. Please keep them in prayer! And for continued guidance in BRBC’s partnership with the churches in northern Ghana.